Browsing
We love our cool cars and for us, nothing is more exciting than an announcement of a new model from one of our favourite makers. Whether that’s a brand new powerful Land Rover or the next speedy Mclaren, we simply can’t contain our excitement. Truth be told, most of these cars aren’t vehicles that the average person will get a chance to earn. Either they’re out of the price range, or some are even made to be limited edition. At best you can hope to get your hands on one at a car convention or a track day. But that still doesn’t stop us getting excited. It’s like looking at a rocket ship. You know, you’re never going to be in one, flying up into space. But you still gaze at it in awe as it takes off.

With that in mind, here are some of the coolest cars of the future that have already been announced. From style to power, these cars have got it all. Who knows, if you start saving now, you might just be able to afford one by the time of release. We can dream!

Picture Flickr
What do you do when you’ve designed the fastest road-legal car in the world? Why, you make another, even faster one of course. Yes, this is the bouncing baby brother of the Veyron, king of the roads, and we can’t wait to see what it’s got under the hood.

The Chiron is expected to reach a top speed of 288 mph. Where you manage to get the car up to that speed is frankly, your problem. After all, if you have 2.5 million to spend on a car, we imagine, you can scrape some money together to buy a runway for it. What you should know is that the Chiron will beat it’s older brother by around thirty mph.

The maker describes the car as a beautiful beast, and we have to agree. With that much power, we could only hope that the car looks as beautiful as it’s predecessor. We think you’ll agree it certainly does. Although it would be hard not to as in style, it’s not so much of evolution as it is an adaption.

Long story short, if you want the fastest car on the road, this is what you’ll need to buy. So we suggest you start saving now. The good news is that if you already have that amount of money lying around, the Bugatti will be here sooner than you think. You can look for it from the exclusive dealers at the end of the year.

Courtesy Of Flickr
Don’t let that date fool you. It’s highly unlikely that the 2018 Honda Civic will arrive in 2018. In fact, we’d make an educated guess it will be here late 2016, early 2017. Why the late date? Your guess is as good as ours, but we’re still very excited about this car. It’s perhaps one of the only ones on this list that you might just get your hands on. We’d bet the price is going to be somewhere around the thirty thousand mark. That’s more than low enough for most car buyers. For a high powered performance vehicle, it’s an absolute steal.
Honda has had a few attempts at delivering a car built for performance and speed in the past. It hasn’t gone quite as well as we would have hoped. The previous models have been something of a disappointment. We’re hoping this is going to mark the start of a turnaround for the maker.
At the very least, we certainly agree the car looks the part. It’s got the look of a cross between a saloon and a couple. We love the small, yet attractively styled spoiler that seems like part of the car. Rather than other designs, where it looks like it’s been stuck on as an afterthought.
The two litre three hundred horse power engine is sure to pack a wallop. All in all, we can’t wait to get our hands on one of these machines when it’s released.  Let’s just hope they do release it early and don’t wait until 2018. 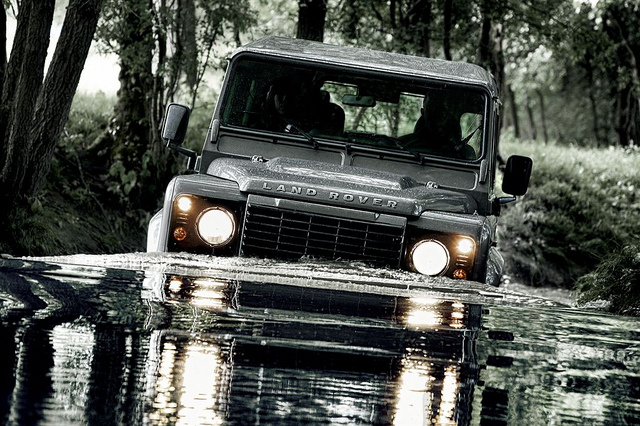 Of course, if you own a farm, you care very little about how fast a car can go. You’re more interested in buying a car that can pull it’s weight. We bring you then the Land Rover Defender. This is for the buyer who wants their car to have a little bit of meat around the muscle. Land Rovers are always powerful, high-performance cars and the new defender will be no different.

The name is quite apt too. The new model is here to reclaim the place as the king of its current competition. You might think that it’s facing an uphill battle. But the truth is if the Land Rover can match its predecessors in performance, it’s got the wannabes beat.

That’s why it’s a good thing that the new Rover has got the engine of a Jag. That’s right. It’s not very often that you can say an SUV has the same engine as a sports car. But this one sure does. Unfortunately, there has been a degree of controversy with the Land Rover. Essentially, the maker has got to try and please both groups. Those who want a real SUV and those who want a sports car that looks like an SUV. We’ll have to wait and see in 2017 whether the producer succeeds in reinventing the Land Rover name.

You’ll be able to pick one up for around fifty-five thousand. But if you can’t wait until next year Spire Automotive and other car sellers have got used Land Rovers for under thirty. 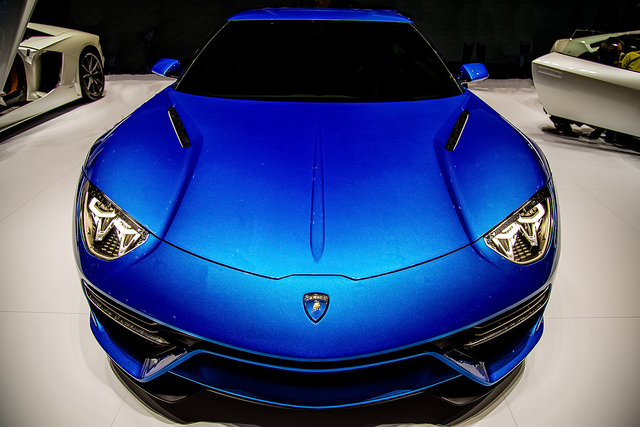 Finally, let’s go far into the future by looking at the Asterion. It’s going to be nothing short of a beautiful hybrid supercar and we can’t wait to see it. Though that wait is going to be a while. On the plus side, it’s going to be nowhere near as expensive as the Bugatti. You can expect this one to hit the market with a price tag of half a million. That’s not too bad considering the amount of power you’ll have.

Lamborghini claims the new model will have 900 horsepower. That’s their way of saying it will go from zero to sixty before you can say holy…

Unfortunately, the earliest we’ll see this car is 2018. But we think you’ll agree it’s going to be absolutely incredible.