If you’re constantly traveling around the city, navigating winding streets and parking in tricky spots, then getting a city car would be a fantastic investment. City cars are cool because they’re cheap to run, offer quality driving, and are a practical UK car leasing option.

Below, we’ve had a look at some of the best city cars on offer. Ranging from the cheap and cheerful, to the stylish and highly practical. Take a look and see which city car would suit you best!

This car is all about style, and the 500’s funky retro design makes it great fun to cruise around the city. This quirky car has some pretty flexible engines too, and is one of the safest superminis you can opt to drive. There’s a bit more interior and boot space than the Chevrolet Spark, but not by much. Remember, you’ll also have to pay extra for specs such as air conditioning.

The Spark is nifty little city car which is quite cheap too. It’s reasonably practical, and the higher spec versions get a decent amount of kit. Although it’s fun and easy to drive in an urban environment, the engine can get a little bit noisy at times, and there’s not a great amount of space inside. It makes for a great vehicle leasing choice, as there are only second-hand models available now.

We love VW and the VW Up! is possibly one of the best choices on this list if we were to buy a car to drive around a city in. Not only does this car have a classic chic style, but it offers wonderful performance too. There’s a decent amount of space inside, the engine is economical, and it’s plenty of fun to drive. The only downside is that the Up! can be a little bit pricey when compared to other superminis in the same category.

The Citigo definitely ranks as one of the best city cars around, and although it may not be as stylish at the Fiat 500 or Up! it has some fantastic performance and engines to offer. It is economical and well built, but also gives drivers some good value for money. Although it does struggle at higher speeds, it’s super cheap to buy and run.

The C1 out of all the city cars we think looks the coolest. It’s a great modern choice for people who live in the city, and want something nippy and practical, but with style. Most versions of the C1 come well equipped, and the light and easy steering makes parking a breeze. The ride can be a little bumpy at times, and the rear space is on the small side too.

by Mark
Keep Reading
Choosing your first car can be a lot of hassle. You don’t have the experience to ensure you get a good deal, and you probably don’t know much about engines. The advice on this page should help to make sure you spend your cash wisely. At the end of the day, there are lots of fantastic models out there. You just need to work out which is the most suitable for you. Make sure you follow each of the steps on this page to guarantee you don’t overlook anything important. You will struggle to get a refund if you purchase from the private market. So, you need to be certain you are making the right decision.

There are lots of car websites that provide reviews on the most popular models. You should check some of them out before moving on. You shouldn’t have to look far to find recommendations for new drivers. The insurance costs you have to pay are going to be high. So, it makes sense to go for something with a small engine. Anything larger than 1.4 litres is going to break the bank. It could cost you more than £2,000 to keep it on the roads each year. That is not an expense you should pay for your first car. When all’s said and done, you are 50% more likely to be involved in an accident during your first couple of years with a licence.

The manager of CooperMini recently said that fewer drivers are making impulse purchases these days. In the modern world, people want to make sure they are getting the best deal. So, they always shop around when looking to buy a new car. You should follow suit. There is no reason to opt for the first vehicle you view. In fact, it makes sense to check out lots of cars before settling on your final choice.

So long as you use that advice wisely, you should get a good outcome. The only other thing you need to think about relates to your negotiation skills. It’s a good idea to brush up and learn some savvy techniques before talking money with the seller. When all’s said and done, people who use the right strategies tend to save a significant amount of cash. That is money you should put towards paying for your insurance costs.

Presuming you know little about engines, you should employ the services of a local mechanic. Just call the garages in your area and ask if they can spare someone. You will usually have to pay a fee for their help. However, that is much less than the amount you might lose on a bad deal. If the mechanic tells you the car has issues, you should look elsewhere. They are the ones best placed to offer advice. Always let the professional sit behind the wheel during your test drive. Experts can tell a lot from the way a car feels to drive.

MINI is a distinctive and cool car brand that’s instantly recognisable, whether you see one of the old models on the streets or a modern interpretation of the small, quirky car. Although you might think there’s not much else MINI can do, you’d be wrong, as they’ve just introduced another new addition to the line up.
Stand aside for the MINI Paceman – a coupe-style version of the MINI Countryman, according to the manufacturer. So, this means a new sporty, sleek design will be hitting the roads in the UK in March next year. Here’s a bit of information about the new arrival starting with a review from Auto Express:

Appearance
Although the Paceman is based on the Countryman, there are some notable differences in its appearance – one of the most obvious being its low, sloped roof. Coupled with the long doors and large front grille, this gives it a very sporty look. Here’s some pics of the Paceman:

Another difference to the Countryman is that there are only two doors – although the rear seating is spacious and comfortable as there are two individual seats fitted in the back, rather than a three-person bench seat.
Inside the car you’ll find styling that fits in with the rest of the MINI range but that has its own, subtle differences, such as the controls for the windows being moved to the door armrests from the central console (although this is now also a feature in the updated Countryman models).

On the road
As you’d expect, the Paceman is designed to be nippy – both the petrol and diesel versions can go from zero to 62 mph in under 11 seconds and if you go for the MINI Cooper S Paceman with a twin scroll turbo charger you can accelerate to this speed in 7.5 seconds.

There’s also the option of adding all-wheel drive transmission to your MINI, which only serves to enhance the handling of the car.
Even though it’s a sporty car, you can still get good fuel economy depending on the model you choose. The MINI Cooper D version, for instance, boasts 64.2 mpg and CO2 emissions of 115 g/km.

There are also a host of driver aids included as standard on the Paceman, including dynamic stability control and dynamic traction control. A range of features designed to improve the environmental credentials of this MINI are also noticeable, including auto start-stop functionality, brake energy regeneration and a shift point display.

Other MINI news
While the introduction of the Paceman may be the biggest news from the MINI camp, there was also the announcement that a new version of the Countryman will be rolled out from November this year. Most of the changes are largely cosmetic, with new interior features like a redesigned central speedometer and air vents on the dashboard, as well as the decision to move the electric window controls to the armrest in the door, rather than leaving them in the central console.

If all this talk of updated features and new vehicles has got you yearning for a new set of cool wheels, but your finances won’t allow you to splash out on a car, consider leasing a motor instead. You can get some great deals on MINI leasing contracts if you shop around, especially if it’s for business use.
Some companies include a host of extras like breakdown cover, annual MOTs and regular services in their contract hire deals, which could save you money and will certainly save you time. 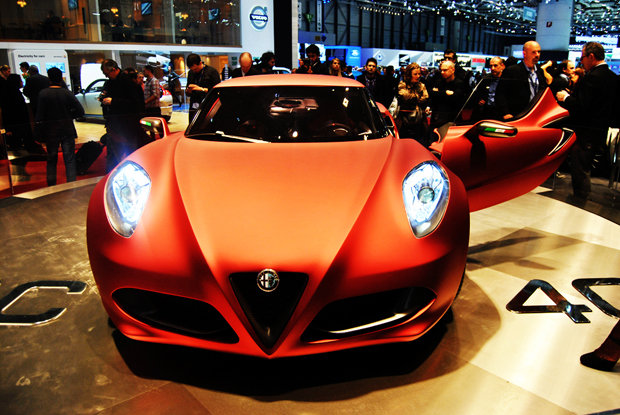 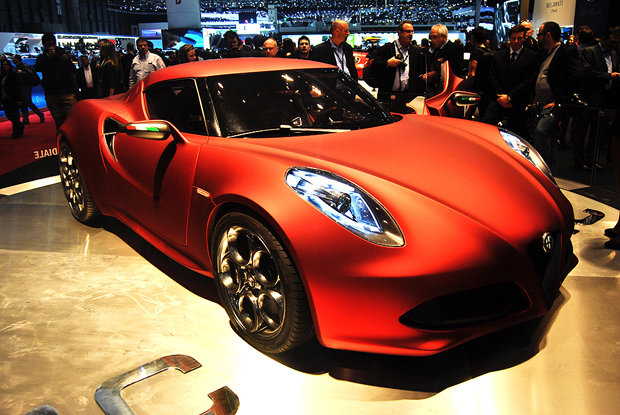 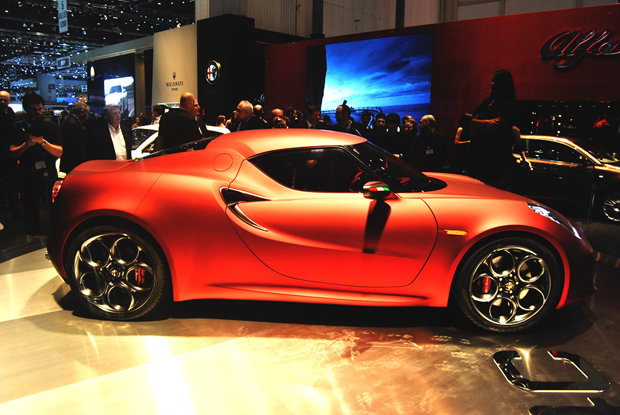 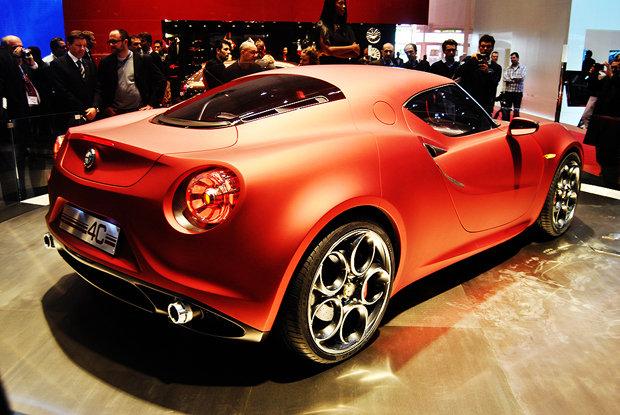 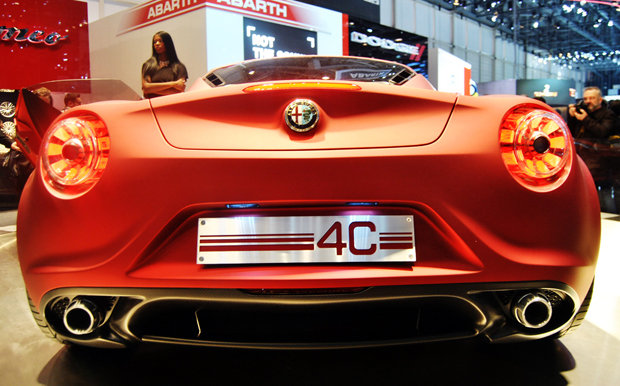 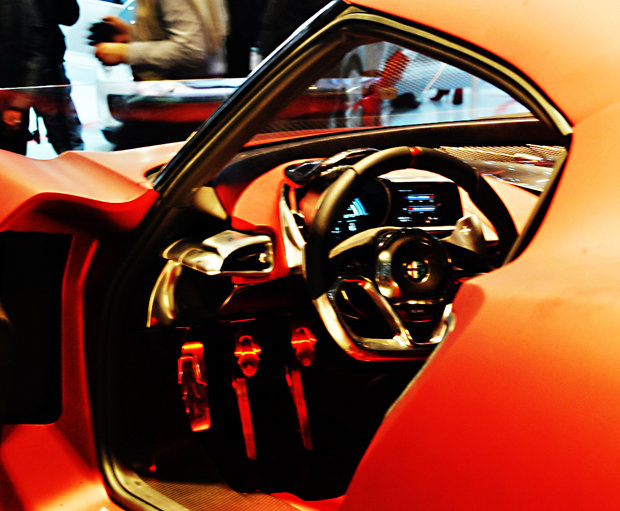 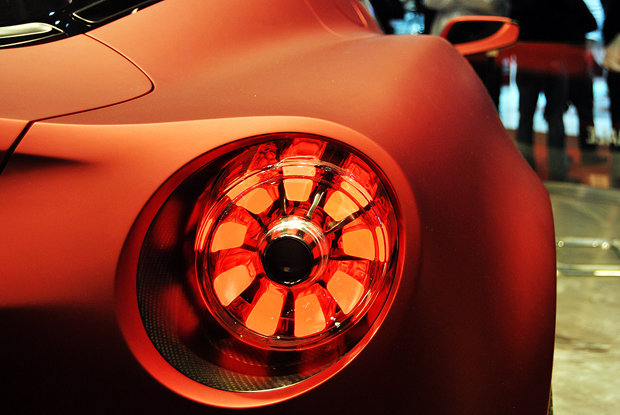 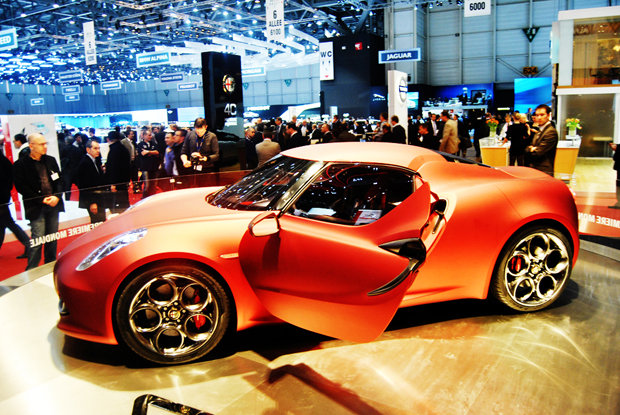